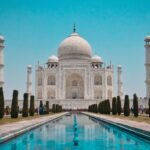 Golden Triangle tour is a fabulous and inspiring introduction to the history and culture of India’s three most quintessential destinations – Delhi, Agra, and Jaipur. Visit the iconic sites and discover the inspiring Mughal and Rajput heritage of this fascinating region with the bustle and buzz of markets and bazaars, juxtaposing with the cosmopolitan culture of Delhi. Travel through a land full of contrasts on this compact India tour, jam-packed with unforgettable highlights.

After immigration, you will be met by our Customer service executive and Welcomed with a “Mauli ritual”. Mauli is a symbolic cotton thread tied on the wrist and is our traditional way to start the journey on an auspicious note.

Assisted transfer to the hotel and on arrival, check-in for your stay (check-in time 1400 hours).

Delhi is India’s capital and a major gateway to the country. Perhaps there is no other capital city in the world so steeped in history and legend as the Indian capital Delhi. It was the magnet, which drew the Mongols, Turks, Persians, Afghans, Mughals, and the British, all of whom contributed to its glorious but turbulent past. The fascination with Delhi was such that even though it was abandoned many times, its rulers returned to it, again and again, rebuilding it at least seven times. Today, the twin cities of Old and New Delhi still intrigue Indians and tourists alike as the cultural and political capital of the largest democracy in the world.

Explore Delhi, India’s capital city that sports a rich history spanning over 2,000 years. Arrive in old Delhi and ride in a cycle rickshaw (Pedi-Cabs) to the once water-filled square of Chandni Chowk. Discover the Jama Masjid, Delhi’s oldest mosque, before learning about the history of the Sikh religion at the Sheeshganj Gurudwara.

Continue to Raj Ghat, the memorial to Gandhi, built at the site of his cremation on the banks of the Yamuna River.

Afternoon, drive past India Gate and the Government Secretariat buildings on the way to the Qutab Minar – the five-storied victory tower to signify the beginning of the Muslim rule in India by the first Muslim ruler, Qutab-Ud-din Aibak.

Travel by private vehicle to Agra – the city of Taj Mahal. Toilet stops will be made en route.

Arrive in Agra and check in for your stay.

Agra – Once a small village on the banks of the Yamuna, it was transformed by two great Mughal monarchs, Akbar, and his grandson Shah Jehan into the second capital of the Mughal Empire – Dar-ul-Khilafat, or ‘seat of the Emperor’ in the 16th & 17th century. A world of contrasting edifices of red sandstone and white marble, narrow galleys, bustling streets, and small buggies, Agra retains the irresistible charm that made this the favorite city of the Mughals.

The rest of the day is at your leisure for independent explorations. Once in Agra, there’s the option of visiting the Agra fort.

Optional activity: Visit the Agra Fort - the seat and the stronghold of the Mughal Empire under successive generations. Approachable by two imposing gates and constructed of red sandstone, the citadel was built by the Mughal Emperor Akbar between the years 1565 and 1573. Encircled by a moat, this dramatic city within a city were the palace of three emperors, Akbar, Shah Jehan, and Aurangzeb, each of whom made significant contributions to the wonderful architecture of the inner buildings – a combination of Persian (Islamic) and local Hindu styles.

Supplement cost: USD 31 per person on a minimum 2 paying pax

Rise early for a dawn visit to the Taj Mahal. It is fitting to see this extraordinary monument in the first light of day as its exemplary beauty is awe-inspiring and will create an unforgettable memory. Mughal emperor, Shahjahan built this architectural wonder to enshrine the mortal remains of his beloved Queen Mumtaz Mahal.Note: Timing is subject to change based on the local sunrise timing

Return to the hotel for breakfast and drive for Jaipur – the 18th-century capital of Rajasthan.

On arrival, check in for your stay.

Jaipur – is also known as the ‘Pink City, for the abundance of pink plastered stone used to build its massive forts, magnificent palaces, and exquisite temples. The city built in 1727 A.D by Maharaja Sawai Jai Singh II followed a grid system, which made it the only planned city of its time. A young Bengali architect Vidhyadhar Bhattacharya designed the city following Shilp Shastra – an ancient Hindu treatise on architecture. There is far more to the city than just its famous monuments to get a complete experience of Jaipur, uncover the mysteries of the bazaars, and visit silversmiths, turban sellers, and traditional markets.

Optional activity: Visit Fatehpur Sikri (37 Kms southwest of Agra) - the deserted red sandstone city that was built by Emperor Akbar as his capital. Ponder the mysterious desertion of this capital city that was dramatically abandoned a few years after it was built. It was a veritable fairy tale city and its 'ruins' are still in a pristine condition.

Supplement cost: USD 28 per person on a minimum 2 paying pax

Continue to Jaipur, reaching in the evening. On arrival, check in for your stay.

Jaipur - the capital of Rajasthan province is known for its arts and crafts, jewelry, hand-painted fabrics, and stone sculptures; it is one of North India’s finest examples of a planned city embodying the best of Rajput and Mughal architecture.

Evening visit the ancient Hindu Birla temple for the Aarti (Prayer) ceremony which is the act of showing reverence to a god, a spirit, or another aspect of the divine through invocations, prayers, songs, and rituals. An essential part of puja for the devotee is making a spiritual connection with the divine. Most often that contact is facilitated through an object: an element of nature, a sculpture, a vessel, a painting, or a print.

Morning visits to the imposing Amber Fort. Set on a hilltop overlooking Maota Lake, the fort is an authentic example of Rajput architecture and the Sheesh Mahal (Hall of Mirrors) is one of its more spectacular buildings.

Next brief photo stop at the Hawa Mahal (Palace of Winds). Its beehive-like structure is an interplay of red and pink sandstone, painstakingly outlined with white borders and motifs. Behind this elaborate latticed facade, the cloistered ladies of the court could watch the daily goings-on in the street below.

Continue to the City Palace built within the fortified area of the original city, with one of the finest monumental entrances in India. The Palace is now principally a museum housing a collection of great treasures, including miniature paintings, carpets, royal garments, and other interesting objects from Jaipur’s intriguing past. The former royal family retains a part of the palace for their personal use.

Late afternoon, visit the markets of Jaipur and the downtown area for some shopping time. Your guide and transportation will be at hand.

After breakfast, you’ll be transferred to the Indira Gandhi International Airport for your flight home.Note: Transfer from Jaipur to Delhi takes approximately 5 1/2-6 1/2 hours depending on traffic. 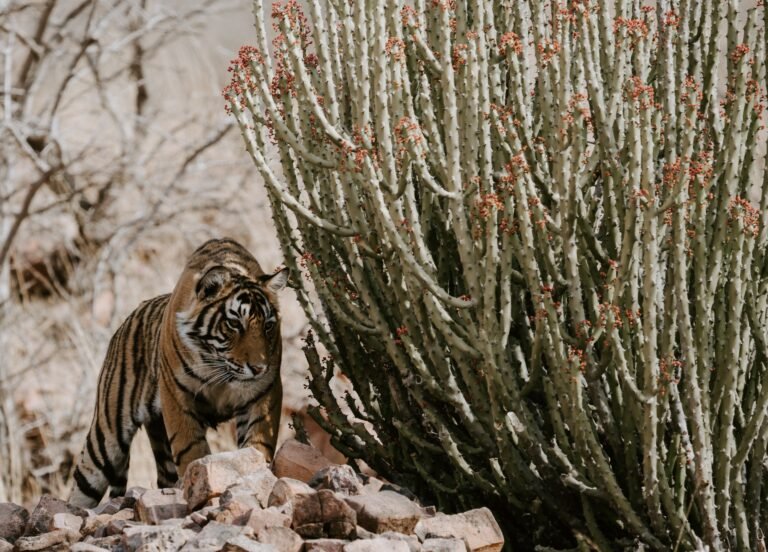 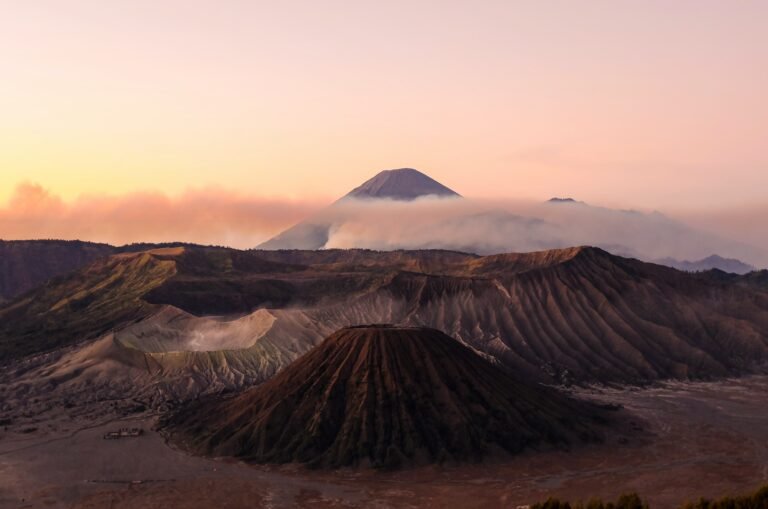 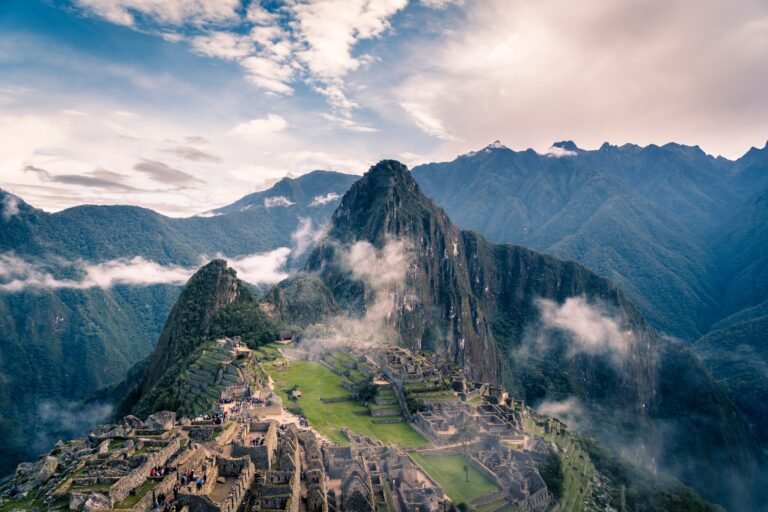 Cultural
0 review(s) 7 days
We use cookies on our website to give you the most relevant experience by remembering your preferences and repeat visits. By clicking “Accept”, you consent to the use of ALL the cookies.
Do not sell my personal information.
Cookie SettingsAccept
Manage consent

We will call you back soon